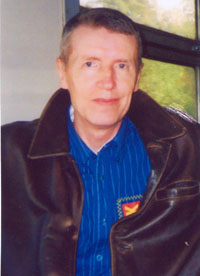 
I believe that the future belongs to my method!

Dear friends! A book of the St. Petersburg master of sports A.A.Shashin "Best Play. A New Method for Discovering the Strongest Move" was published in the American publishing House "Mongoose Press"
Its third in a textbook with a new approach to methodically search the progress has not entered the third part, but without the volume of the book was over 400 pages Our site has repeatedly published an interview with Alexander Alexandrovich. First impressions about the release of the book, and much more from the author are offered to your attention.

- A.A, first of all, I congratulate you on the publication of your book "Best play: A New Method for Discovering the Strongest Move" in American Publishing House "Mongoose Press". Please, remind yourself to our readers, you have been writing the book for 20 years, hasn't it?

- Thank you. At least, I take this opportunity to thank the staff of the Publishing House, especially Leonid Racine, who very carefully and accurately transferred into English the essence of my method and wish that as many as possible readers may read my book.

- Tell me, has your system of searching the move undergone change in recent times? Whether are there known the chessplayers. Who have tested it in practice? Is there any feedback?

- Since 2010 as I finished writing my textbook, my concept of searching the move has not changed "one iota". The method underwent minor changes. In the articles published in "Chess Petersburg" magazine in 1998-99, the same parameters were given as in the book. True they are slightly modified in the textbook. None of the strongest chessplayers did tell me clearly that he was working using my algorithm, however, I had positive feedback from them. Most of all from GM Alexander Morozevich. He wrote a foreword to the book, which I could not even dream of! Here is still, the main thing what I want to say. My method is designed more for chessplayers of the senior categories, that is, first and second. Sure, it will help the master candidates and masters of sports. But let me ask, how can the game power significantly change say, of master, and especially grandmaster using my method, if at the time of the conquest of their high rank he has already become a mature chessplayer with a formed scale of values? Yet anyone can take and use some elements that will suit him. You know, of my algorithms in the vast stormy flow of chess thought. And the more bright beacons he will build in his mind, the more confidently and faster he will be able to swim upward a spiral of development from success to success! Therefore, the earlier young chessplayers will learn my method, the greater their chance of its successful application. The fact that my method is effective, I have already been saying in one of my previous conversations. I recall that my students, who formed the backbone of the "Anichkov Palace team" (five out of six), became champions of St. Petersburg in 1996 among children's sports schools. All of them worked on my technique. I believe this result is a clear indication of the effectiveness of the method and the peak of my career as a chess coach.

But the second - first categories pupils are 8-9 years old. Will is not be too voluminously hard for a kid to our speedy century?

- I am somewhat surprised by this question. No one considers cumbersome the works A.Nimtsovich or Dr. Z.Tarrasha . Only M. Euwe's, or R.Reti's volume of textbooks is smaller. Moreover, the advanced reader with successful experience in mastering new information may start with the sixth chapter of the first part. Description of my method is focused these. And it is set out fully in the first part of the tutorial with the use of 40 fragments of the games. Another thing is that I show and prove using examples of the games in the second part that the method works in the positions! In all 125 examples a pupil or a skilled reader will see a detailed confirmation of his work and the methods of its application. That is, the use of one of the six algorithms for a search of the move.

- So, your method is available for the understanding and mastering for everybody, including young children, isn't it?

- We must fear only fear! If a master takes a book in his hands, then it's clear he has his own views about searching the move, and the new information he will reject. That's why chessplayers of "old" age of 15-20 years are unlikely to try rebuilding their method of search of the move. It is an individual peculiarity and desire of everyone to learn from their mistakes, or to use my experience. I want everyone to know that there are many chessplayers who refer respect and even reverence to my method. There are also many who deny it. I think about "50 to 50 ". The bulk of the people refer to it neutrally. I see the future of my method for the generation who is currently 8-10 years old. They will receive a book with my method, and develop with the use of it.

- Is it possible to consider your algorithm of searching the move to a certain extent analogous to analytical module (engine)? For example, "Houdini " or "Rybka" ? I know young chessplayers learn, play and analyze using game programs.

- No, my algorithm is not analogue to a teacher by "name" of engine. I would like to go back to the first half of the XX-th century. My tutorial may be compared to the teacher by the name of Nimtsovich, or, let's say, Chigorin and Alekhine, my first teachers. The first thing I did I considered the 120 games of Chigorin . Nobody coached, me and trained. The next teacher was A. Alekhine his "300 selected games". My third book was "The modern chess problems." So, up to 13 years I was among these teachers and was playing chess! D.Bronstein's book "International Grandmasters Chess Tournament 1953" was the fourth. But the teacher engine now, it is the same what the teacher Alekhine was in those years. You will adapt to their style, and your style will resemble a style of this or the engine. You will, of course, to be corrected, Your opponents are those who would have coached you. And during the game your head works better than if you read a book. Then you begin to incorporate their "own self". So a chessplayer is brought up. Therefore, the "Houdini" is a Carlsen's coach, but that does not stop him from playing strategic chess!

- Allow me a "strategic" question. What is the percentage of time a chessplayer must deal with the chess literature and on what place would you put the study of your book in a list required for study?

- I will tell you so First of all, this is the practice. The game, game and game! Here's 's an example for you, H.Nakamura . He is playing "antipositional" chess, I feel like saying: "Come to me, I'll give you concentrated information, and you get a classic chess education". And now, with his genius he is not a champion of the world because he does not know how to play simple position!

- Well, maybe "it is not over yet". H.Nakamura may yet become a world champion! And yet, at what place is your textbook?

Of course, at the first place! I believe that the future belongs to my method! I repeat, it is universal and it works in all types of positions. My algorithm of searching the strongest move is based of the theory of complied systems, that is, of lies on the very strong foundation of modern science. Moreover, this method is just beginning to unfold. It is future to come, as only physical science dealing with complex systems can say anything about complex physical phenomena. Physical science concerned with the mental phenomena, say chess, can reveal something new after Steinitz. After all, from Steinitz to Shashin it is "chewing" that said Steinitz !

- Isn't if too tough? It turns out that the followers of the theory of Steinitz, including, Tarrasch , Nimzovich, Lasker , Euwe and other.

- I will say it softer, they are the interpreters. They developed the potential of what Steinitz said. He said the main thing. He's like Euclid, who formulated the basic axioms. The fundamental weakness of the method Steinitz is that then, at the end of the XIX century it could never have occurred to anyone that physicists can say something worthwhile about the chaotic, physical systems! Chaos was then outside the law, outside of science. Chess, first of all is a chaotic game! Only with the development of the "theory of complex systems" we got a sort of key to travel deep into the chess! My many years of research show that my method of the algorithm of searching the strongest move, based on scientific evidence, the most effective way of improving the chessplayer!

- Last year (2012) in Tula a book "The system of Chuzhakin. 150 rating points" was issued. How many units will a young and experienced chessplayer who has realized and practiced your technique, be able to add?

- It depends. But your question is similar to the following. If we go to a hospital, and suggest all patients to clean the intestines, then the procedure will bring to all understandable consequences. And how far this procedure will be painful will depend on overload of organism. As well as chessplayers, who have studied Chuzhakin system, and applied it in practice, will change their rating in a different ways.

- Thank you for your answers, subtle humor and your professionalism, which is running all over the place. I wish you a great future textbook!