Tournament closing took place after having ended at once this galloping and most interesting tournament which was looked upon by thousand eyes of chess lovers, due to sensor boards which were given by the Petersburg firm "Shahcom", not only in the town of Kirishi but in Petersburg as well. 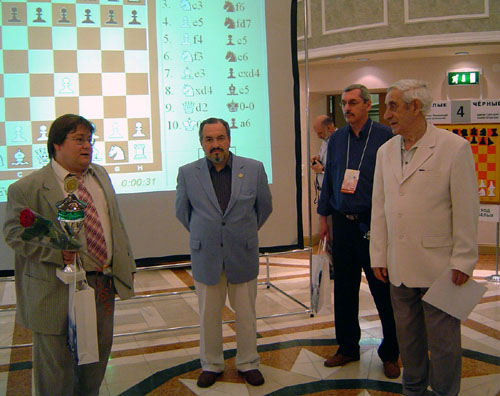 By the right of a winner and as a grateful "pupil" Konstantin Sakaev said many warm words in addressing Gennady Efimovich Nesis with whom he had been tied in different years through numerous competitions, training assemblies and preparations for them... 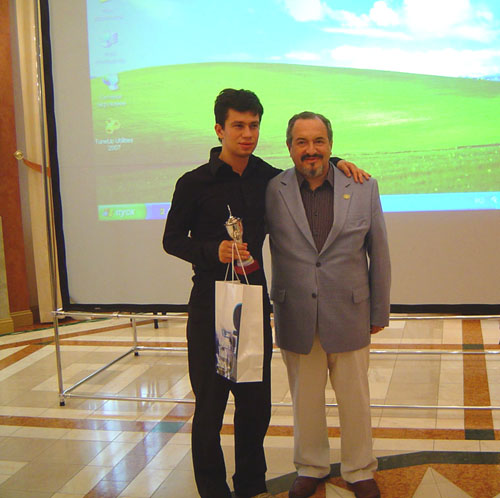 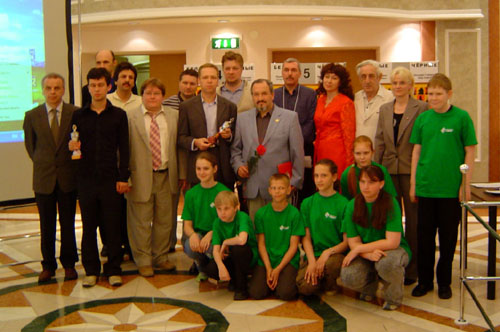 Participants of the "Nesis' Cup - 2007 " and all involved in its carrying out.

After the tournament in solemn and at the same time non-formal atmosphere, the numerous eminent guests being invited by Gennady Efimovich to his jubilee have been relating a lot of interesting things out of chess history a part of which is by the right G.E.Nesis himself. 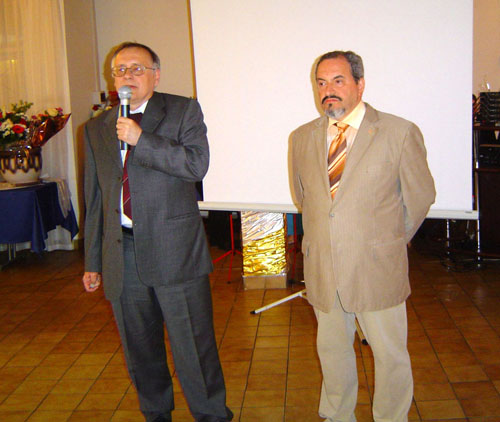 On the left is Grandmaster Yuri Razuvaev. 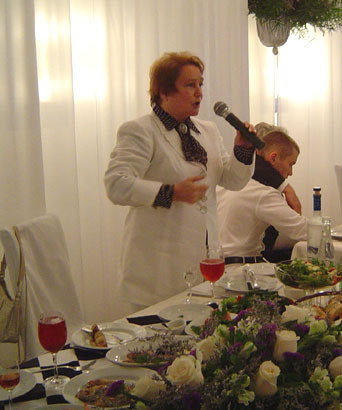 It is especially sweet to receive felicitations from his loving wife Svetlana, the more if it is declaimed in verses! 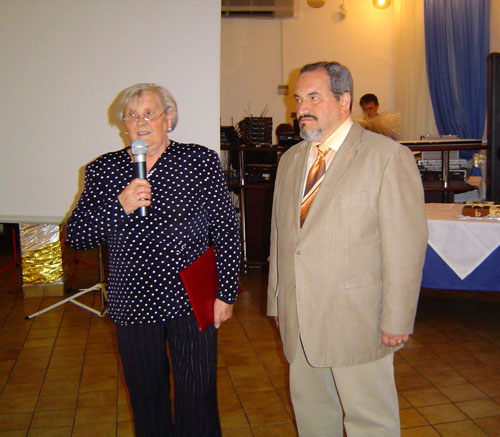 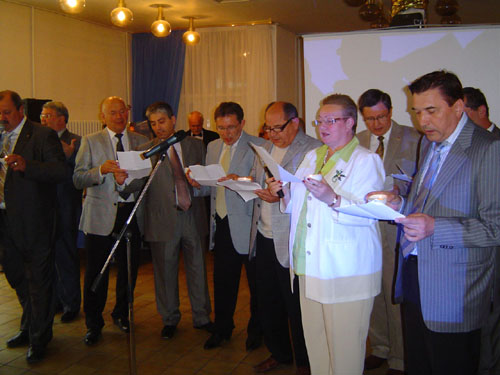 All the KINEF management has come to congratulate the jubilee hero. A musical item is being played. 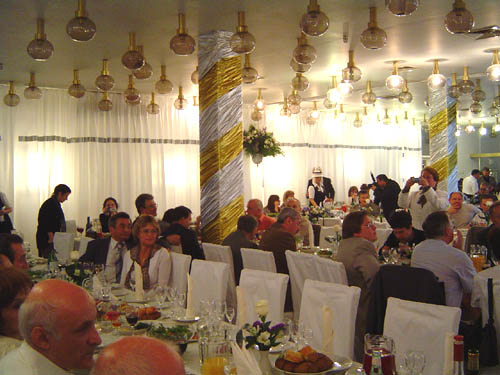 A general plane of the jubilee evening makes impression...